Richelle Flanagan from Ireland and her team won the DayOne Health Hack 2021 with their project My Moves Matter. Their idea: to track the fluctuation of Parkinson’s Disease symptoms during the menstrual cycle with the help of technology. 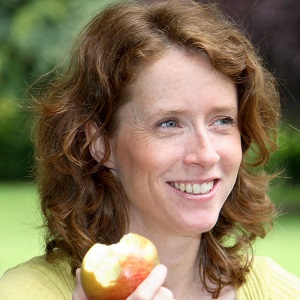 Richelle, your project was chosen to win the DayOne Health Hack 2021. Congratulations! Tell us how you heard about the Hackathon.

The Women’s Brain Project contacted me and asked me to consider becoming a patient champion for the Health Hack. I then engaged with Steven Bourke, the patient champion liaison on behalf of EUPATI CH, who explained what the Health Hack was all about. I thought it was an exciting opportunity to see how technology could help people with Parkinson’s. As a person living with Young Onset Parkinson’s Disease (YOPD) and a health professional, I see the immense potential of technology to improve the lives of people living with Parkinson’s Disease (PD). Research shows that the pandemic has had a negative impact on symptoms and disease progression.

Which problem do you want to solve?

I wish to see an application for women with Parkinson’s that can track their symptom fluctuations in relation to their menstrual cycle, enabling clinicians to tailor their treatment and women to better self-manage their symptoms to improve their quality of life and potentially slow progression.

Why do you think this topic is important?

As a PD advocate who has suffered from fluctuations of my Parkinson’s symptoms around my menstrual cycle and perimenopause, I believe these fluctuations could be managed better by our health care teams. As women with PD, we need a way to show our clinicians when our symptoms are fluctuating such that they can try different treatments to help even out some of these PD fluctuations. I firmly believe the knowledge and support provided by My Moves Matter can make an enormous difference to the women with YOPD enabling them to keep working, looking after kids or older parents, and managing the household.

Can you tell us a bit more about your motivation for your winning idea?

I had to provide a problem that could be used to define a project for the two-week hackathon. I felt passionate about the potential for technology to improve remote monitoring symptom fluctuation in Parkinson’s. I suggested several technological functions that could benefit Parkinson’s, such as video platforms, remote sensor detection, and voice recognition, with a focus on the tracking of symptom fluctuations to enable more tailored treatments. When we got to the hackathon, we needed to focus on a specific area to deliver a solution in just two weeks. I suggested that we focus on monitoring Parkinson’s Disease fluctuations in women living with YOPD and the effect of their menstrual cycle. The motivation for this idea has been in the making for the past year since I developed a survey asking women with Parkinson’s Disease whether their symptoms fluctuated around their menstrual cycle. 74% of the women reported that their PD symptoms worsened in the week before their menstrual bleed, with 50% saying that their symptoms worsened during their cycle. I moderated two webinars highlighting the needs of women with PD around their hormonal cycles from these results. In addition, I have been a co-author on a paper entitled “Unmet Needs of Women Living with Parkinson’s Disease: Gaps and Controversies” for the journal Movement Disorders. We highlight the need for digital technology to help women with PD. I suggested we name the project My Moves Matter because the needs of women with YOPD are currently underserved.

What was your major takeaway from the two weeks hackathon?

My key takeaway from the two weeks was that mountains can move when people have no agenda other than to develop a solution to a need they feel passionate about.

Why did you win the Hackathon?

We won the hackathon because I asked the team to narrow the focus of the My Moves Matter project specifically around women with PD in relation to their menstrual cycle. We would not have won if people did not believe in this need and passionately roll in behind the solution. Besides the team having different skills to bring to the project, we also looked outside by having Parkinson’s Disease clinicians and women with PD focus groups and outside technical advice for a reality check on what we were trying to deliver. This enabled us to deliver a realistic and achievable prototype in two weeks. This concept is also the first of its kind in the health market that is currently underserved with further potential to expand the concept to other neurological conditions where women’s hormones affect their symptom fluctuations.

Where were your challenges and pitfalls in pursuing your idea?

It would be difficult to do this project on my own without outside expertise and expense. Also, sometimes one can get caught up in the medical side of the problem within our own community when in fact what you need is to come out of your echo chamber and allow people with new perspectives to help make it a reality.

What advantage did the Health Hack offer you in overcoming those pitfalls?

The Health Hack helped to overcome these problems by taking my suggested problem and bringing it to life. To have access to people with different skill sets with no agenda coming together to solve a real need for women with Parkinson’s Disease across different time zones was a unique and motivating experience for me personally. The team’s passion for listening to the problem and their willingness and motivation to find a solution enabled me to approach and engage the women with PD and the clinicians to participate in the focus groups.

What are your plans for your project?

The next steps for My Moves Matter are to set up a core team to meet our next milestone which is to develop a working prototype to evaluate with 200 women with YOPD in the first half of 2022. The ultimate aim is to present a workable app at World Parkinson Congress Barcelona in 2023.

What is your advice for participants of the next Health Hack?

Be open-minded and think blue sky about the health problem you wish to see solved for your community. Be open and available to questions from your team members. Then focus on a specific need for which a realistic starting solution can be developed during the hackathon from which you can build upon afterward. Use the iterative process, engage with platform tools and set up conversations and meetings. I would recommend that champions get stuck in as part of the Health Hack team to enable the solution to be derived from having the person with the condition at the core of the team.

What are you doing when you don’t participate in the Health Hack?

I am married and a mum of two children, a dog, and a cat, which keeps me on my toes. I work as a registered dietitian providing nutrition consultancy. Since my diagnosis, I have had two key areas of focus – raising awareness of the importance of good nutrition in managing Parkinson’s Disease and the need for a greater understanding of the impact of a woman’s hormonal lifecycle on their PD symptoms and progression and the need for personalized treatment. I am a Parkinson’s Disease ambassador for the World Parkinson Congress (WPC), a founding member of the PD Avengers, and the co-founder of the Women’s Parkinson’s project. I am also an advocate for Attention Deficit Hyperactivity Disorder (ADHD) as it affects our family. I started sea swimming with my Dopamine Dunk fundraiser in May 2021, where I jumped in the sea every day to raise 16K to send people with YOPD disease from around the world to WPC Barcelona 2023. I have swum in the sea every week since and it has been a huge revelation to feel the impact on my brain and my wellbeing.

Get in touch with Richelle Flanagan through LinkedIn or Twitter. 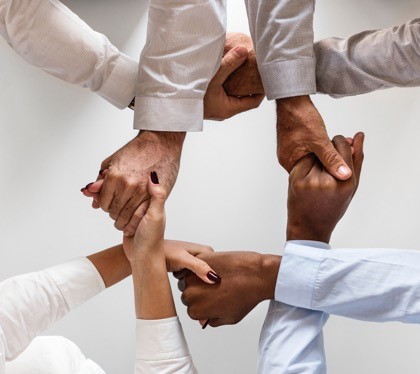 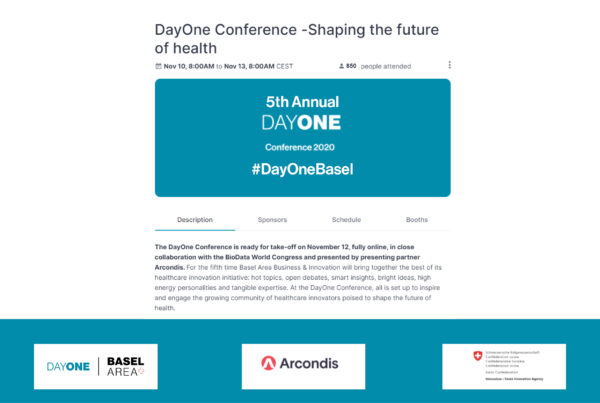 5th Edition, DayOne Conference (2020) Shaping the ecosystem for the future of health

Starting with patients – the real experts!

This website uses cookies to improve your experience while you navigate through the website. Out of these cookies, the cookies that are categorized as necessary are stored on your browser as they are essential for the working of basic functionalities of the website. We also use third-party cookies that help us analyze and understand how you use this website. These cookies will be stored in your browser only with your consent. You also have the option to opt-out of these cookies. But opting out of some of these cookies may have an effect on your browsing experience.
Necessary Always Enabled
Necessary cookies are absolutely essential for the website to function properly. This category only includes cookies that ensures basic functionalities and security features of the website. These cookies do not store any personal information.
Non-necessary
Any cookies that may not be particularly necessary for the website to function and is used specifically to collect user personal data via analytics, ads, other embedded contents are termed as non-necessary cookies. It is mandatory to procure user consent prior to running these cookies on your website.
SAVE & ACCEPT